Do you like playing golf? Then you have to go on the golf course in search of your golf ball. Sometimes the golf ball is beaten and disappears in the green or in a nearby lake. So far, good advice has been expensive in this case. But now there is a remedy for the golf ball diver.

The popular sport of golf is practised by more people. With over 60 million organized golf players there are a lot of places. In many places you can find a golfing place where balls are immersed in beautiful regularity. For many sportsmen it is the known “white gold”.

The differences between a new golf ball and a Lakeball

A new golf ball is characterized by the size and texture for which there is a definition in the golf rules. This includes the diameter with a minimum of 42.67 millimeters. In a used golf ball or Lakeball has now been scientifically proven that its outer layer already suffers after 12 hours. This is mainly due to the modern layers of which multilayergolf balls are marked. For this reason, the Lakeball attracts moisture. On the other hand, a negative influence on the weather should be avoided. After a long time in the water a golf ball suffers.

The work of the golf ball diver

On many golf courses The hidden treasures are in the form of used golf balls, partly spoken by Lakeball or Teichball, around. For several years now, the trend has been growing that golf ball divers are looking for the small sunken balls.

A golf ball diver can be found in the offer of the Logoball. In this case, it is a 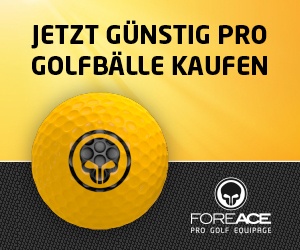 Used golf ball or a Lakeball with motif. Balls are presented with an original logo. There is no subsequent engraving. Therefore golf balls from the German golf club as well as from the golf clubs located abroad are to be found.

The side effect of golf ball diving

After a used golf ball or Lakeball diving, one side of the story is from the golf ball diver. However, such dives often bring other items to the day. It can be iphones or trolleys that brought out golf ball divers from lakes or ponds.

Diving after used golf balls or the Lakeball is an interesting activity. Finally, divers learn about different regions. In addition, people can build up a good earnings with the money from this activity permanently. However, due to the change in structure, flight stability and aerodynamics are changing in the negative.